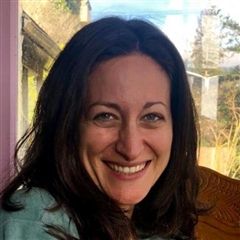 Graduating Class: 1997
[Published in 2006] I arrived in France about a year ago. With my International Baccalaureate diploma from FAIS tucked under one arm and my Bachelor of Arts from Oberlin tucked under the other, I had decided to finally see what it was like to actually live in France. I had been coming here ever since I was little to visit my French family in Paris, and had always claimed my Frenchness in light of the fact that I felt somewhat “different,” especially as I went on to university, but I had never lived in France proper. I wanted to explore a place that I felt I knew because of my cultural exposure to it at home, at school at EB, and later at FAIS.

Interested in working with immigrants or “ethnic minorities” in France, and learning that my B.A., or “specialité généraliste” degree was not worth much in the eyes of French employers, I held a mishmash of jobs and volunteer activities: literacy for immigrant women in the mornings, private English tutoring in the afternoons, and after- school activities with kids of mostly west African immigrants in the evenings.

Although not to the extent I suspected, learning about the complexities of contemporary French society inevitably brings with it the discovery of the cultures it colonized, cultures that are intricately woven into its history. As I find myself this year teaching English conversation classes in a high school in the banlieue of Paris, I am once again working with people who are perhaps French but identify with another culture as well. The vast majority of my students are “issus de l’immigration”: kids of immigrants or immigrants themselves.

My pattern and interest in working with people who know more than one culture exists because of the positive experience I had with it. Although my experience growing up was far from that of an immigrant in the suburbs of Paris, I find myself able to relate to my students on a level of having had experience with multiculturalism, and for my students, who are often given the message that their multiculturalism is misplaced in France, I am able to promote it as something positive and as something to embrace.

Having been exposed in a school environment to two sets of norms, I was not only given the tools to critically examine culture, but to appreciate differences, and to see cultural clashes as enriching rather than confining. I have a natural attraction towards those who come from another culture and those who know more than one culture.

When I ponder what will be the next step in my life, although it may not yet have taken shape, I know that it will have an
international element to it. Be it working or volunteering in a francophone country in west Africa, working with teens in the US, or graduate school, I know it will have something to do with the
international cultural awakening I received at home and as a kid at EB where I was presented with richness from two worlds, and the knowledge that diversity must be cherished and promoted. I will be ever grateful for the bilingual and bicultural education I received, as I continue to reap the benefits of it even today, and see it shaping my life in every decision I make.
Back